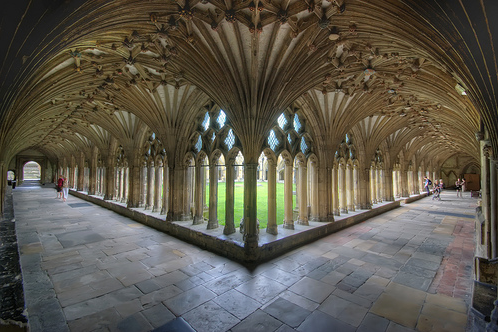 If there’s a fork in the road, take it: Leaders who used uncertainty to their advantage
by Dr. Randall P. White

Uncertainty is an increasing reality for today’s executives. Those who can thrive as they charge toward the unknown share a predictable mix of savvy, attitude, and behavior.

In this era of uncertainty, we’re watching our greatest leaders emerge. These are folks who ignore the pessimistic attitudes around them, the too many cashed reality checks on the state of the global economy, and the risk and do something completely new. They move toward the unknown as a deliberate leadership strategy. They have to: it’s the only way they know how to behave.

Although we don’t always know what these leaders will do, new research shows that leaders like these share a set of measurable behaviors, including a penchant for risk, a dauntless attitude, relentless curiosity, and great skills—and while some are teachable, many are not.

We recently studied executives around the world using an assessment instrument called Ambiguity Architect. The instrument measures an executive’s tolerance for ambiguity and rapidly changing situations. As we move toward increasingly uncertain times, it’s essential to know an executive’s ability to manage uncertainty.

We find that those who are most adept at leading through uncertainty perform better than their peers, have a greater likelihood of being promoted, and are comfortable leading an organization through the uncharted waters of change.

Surrounded by support
As president, Joe Leonard helped AirTran recover from one of the worst airplane crashes in history and shape the company into one of largest low-cost carriers in the nation.

AirTran’s predecessor, ValuJet, lost a DC-9 when it crashed and burned in the Everglades, killing more than 100  people. Years after the crash, skepticism was still high regarding low-cost carriers, and AirTran was strapped for cash. Things were so dire that most executives would have said “liquidate.”

But Leonard isn’t known for going by the books. He’d risen through the corporate ranks on the engines-and-rivets side of the business, and according to a story on Leonard in USA Today, he thrived on challenges. He was literally raised near the airport and took flying lessons at 13. To pay for them, Leonard would gas and park the planes.

Leonard illustrates a key behavior we discovered in our research on executives that can handle uncertainty: once he started at AirTran, he surrounded himself with support. Leonard quickly reached out to acquaintances from the industry, all veterans of commercial air carriers. He learned about AirTran’s assets and defects, and years of experience helped him realize that the airline still had good routes and a loyal team.

“We were all extreme risk takers,” Leonard told USA Today about AirTran’s reinvention. And, of course, they were tenacious—“never give up” was their key mantra.

Doing the unthinkable
In 2007, when many newspaper organizations either braced for or announced lay-offs, the Norway-based media company Schibsted had good news. Its earnings rose 28% in the fourth quarter. Online operations will generate about 20% of the company’s revenue this year. Meanwhile, many traditional news industries are folding, according to the New York Times (“While Others Struggle, Norwegian Newspaper Publisher Thrives on the Web,” February 19, 2007).

Schibsted’s success started in 1995 when the newspaper industry faced a career-breaking decision: go with the wave of new media or wait and see how it would all shake out.

Schibsted didn’t hesitate. As other organizations quibbled over how to charge readers for what they read online, Schibsted invested heavily in new media. Then the company did the unthinkable: gave its print edition away for free.

Schibsted continued investing in building the credibility and content of its online newspapers. It started charging companies to pay for ad space and let the readers read for free.

In 2000 and 2001, Schibsted didn’t bail out of its new media investments, even as many other organizations did, according to the Times article. Leaders in the company said they recognized early that the Internet would forever change the traditional print industry. They stayed true to that vision.

The trouble with technology is it seemingly changes just as people get the hang of it. Not so with Schibsted. In our research, we call leaders like these future scanners. They possess an almost intuitive sense about technology—the way many other executives have an intuitive sense about strategy. You can’t always train a future scanner, but you can find them. They are the ones who can take advantage of even the faintest signals of what the future can be.

Tackling tough issues
Google faces a different kind of uncertainty. Company buy-outs and mergers have brought growing pains and created a slew of sewn-together, fast-fix solutions for sales processes, according to a recent story in The Wall Street Journal, (“Google Push to Sell Ads On YouTube Hits Snags,” July 9, 2008).

So when Google’s ad revenues fell slightly short of stellar expectations, coupled with complaints from salespeople about a slow, paper-heavy process of purchasing ads, Google listened and then got busy.

In March, Tim Armstrong, Google’s head of advertising and commerce in North America, moved himself from his executive office to smack dab in the middle of the ad team’s cubicle spaces. He was determined to figure out Google’s YouTube sales process, according to the Journal. He emerged a month later with a list of 105 fix-its.

It would have been easy to pass off the work of tackling a tough problem to someone else. Instead, Armstrong launched Project Spaghetti to figure it out himself. It’s one of many oddly named projects Google launches (including Weed Days and Project Drano) to get to the source, not the symptom, of the problem.

Leaders like Armstrong do the dirty work. No one wants to get ensnared in a process like that, but everyone breathes a big sigh of relief when it’s done. You can teach an executive the strategy, but you can’t always teach them the “wanna.” Armstrong and other leaders like him have the wanna. It’s a behavior.

Armstrong, Leonard, and Schibsted probably all learned and developed the behaviors that made them successful long before they wore an executive suit. In fact, our research finds that most of these tell-tale behaviors started in childhood.

And there’s no doubt that with the uncertain times ahead, you’ll find some of your greatest leaders—especially if you know what to look for.

Dr. Randall P. White is co-author of the book Relax, It’s Only Uncertainty and is a co-developer of an assessment instrument called Ambiguity Architect. This instrument measures an executive’s tolerance and comfort for ambiguity and rapidly changing situations. For more information, visit www.edgp.com.

Uncertainty is good for learning. Are you good with uncertainty?

A Yale University study last month says we learn when uncertain. “We only learn when there is uncertainty, and that is a good thing,” said Daeyeol Lee, Yale’s Dorys McConnell Duberg Professor of Neuroscience and professor of psychology and psychiatry.[...]

Here’s an excellent interview with our friend and colleague Liz Mellon, speaking about her book Inside the Leader’s Mind. Thinkers 50.[...]

A review of “Inside the Leader’s Mind” by Liz Mellon

Liz Mellon walks with us among dozens of leaders, whether sharing their most public moments or abiding their most unguarded confidence to report her observations and present a behavioral prescription, not for success in itself, but for a sublime personal[...]

CLO: Nice work if you can do it.

In this month’s CLO magazine: It’s nice to be needed. There’s been an uptick recently in coaching and executive education engagements in South Africa, India, France, Spain, the United Arab Emirates, the United Kingdom and, ever so gradually, the United[...]

You want ethics? We got ethics!

Our coaching and classroom engagements during this quarter are taking us to England, Spain, France, the United Arab Emirates, Qatar, India and South Africa. Given the United States’ role in the 2008 financial crisis, our role as AMERICAN executive development[...]